Combat operations underway in all directions of front – Azerbaijani MoD 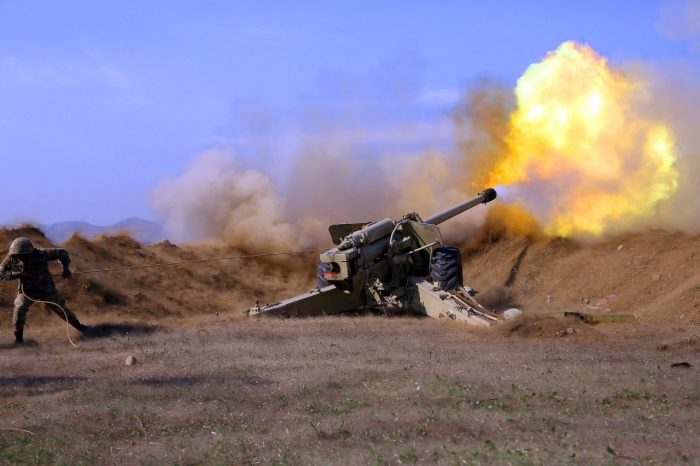 During the day on November 6 and night on November 7, the Armenian armed forces fired at the positions of the units of the Azerbaijan Army and human settlements in various directions of the front using various small arms, howitzers, and mortars.

The combat operations continued with varying intensity, mainly in the Aghdere, Aghdam, Khojavend directions of the front, the Azerbaijani Defense Ministry told AzVision.az.

Armenian troops were forced to retreat suffering losses on military personnel and military vehicles in some areas of the front. There are dead and wounded among the military personnel as a result of artillery shelling of the combat positions in the defensive area of the 5th mountain rifle regiment of the Armenian Armed Forces in the Aghdere direction of the front. Several military vehicles and mortars of Armenian troops were wrecked.

As a result of the operation conducted by the units of the Azerbaijani Army, there are casualties among the military personnel of the 1st battalion of the 6th mountain rifle regiment of the Armenian Armed Forces. The howitzers of the 3rd battery of the D-30 artillery battalion of Armenia were also disabled.

Currently, combat operations are underway in all directions of the front.