A group of mercenaries arrives in Karabakh from Abkhazia 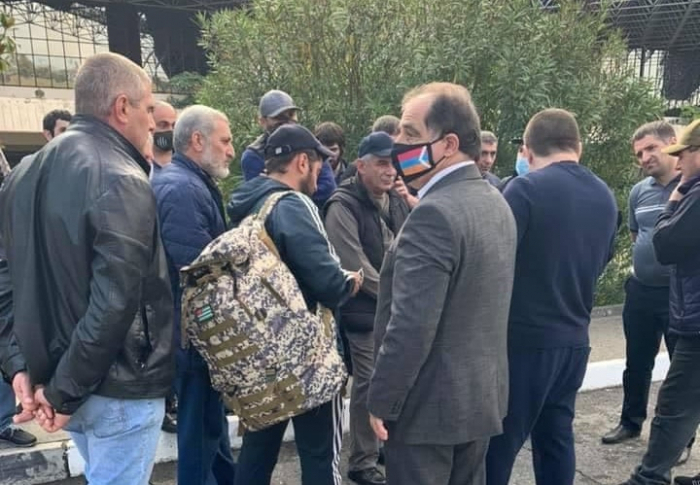 A group of armed mercenaries from Abkhazia has come to Karabakh to fight.

They have reportedly met today with the head of the separatist regime in Nagorno-Karabakh, Araik Harutyunyan, Azvision.az reports.

The first mercenary group of 20 people from Abkhazia arrived in Karabakh on November 6.

Earlier, one of the terrorist leaders in Donbas, Akhra Avidzba (Abkhaz), said he would gather a group of ethnic Armenians and send them to Karabakh.

Moreover, Chairman of the Armenian community of Abkhazia Galust Trapizonyan said that if necessary, another group of mercenaries can be sent to the war zone.