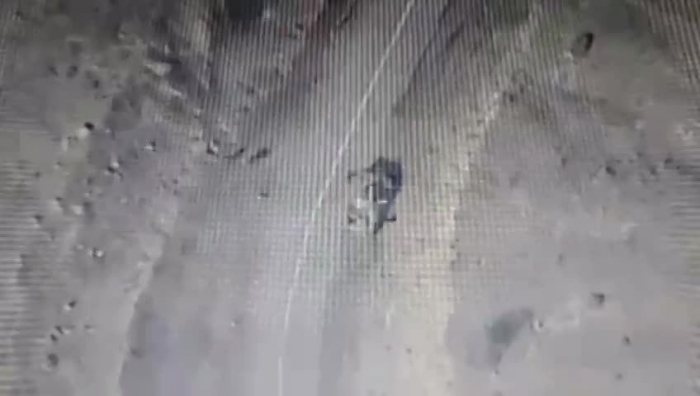 The Azerbaijani Army continued its military operations to destroy the military forces of the Armenian side in the direction of Shusha region of Azerbaijan, AzVision.az reports citing the Ministry of Defense of Azerbaijan.

"On November 9, the Azerbaijani Army destroyed 1 tank and 1 PDM of the Armenian Armed Forces, which attemtped to attack our military units aiming to break out the encirclement near the Zarisli village on the Lachin-Shusha road, with UAVs", AzVision.az presents the video below: