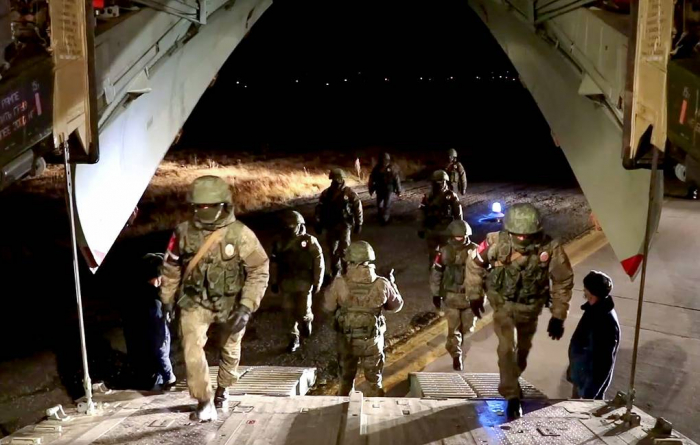 "The tenth Il-76 military transport aircraft with Russian peacekeepers has taken off from the Ulyanovsk-Vostochny airfield," the ministry said. "The plane is carrying the personnel of the peacekeeping unit, materiel and armored personnel carriers."

The Russian Defense Ministry earlier announced that a total of 1,960 peacekeepers, 90 armored personnel carriers and 380 vehicles and pieces of special equipment would be sent to Nagorno-Karabakh.