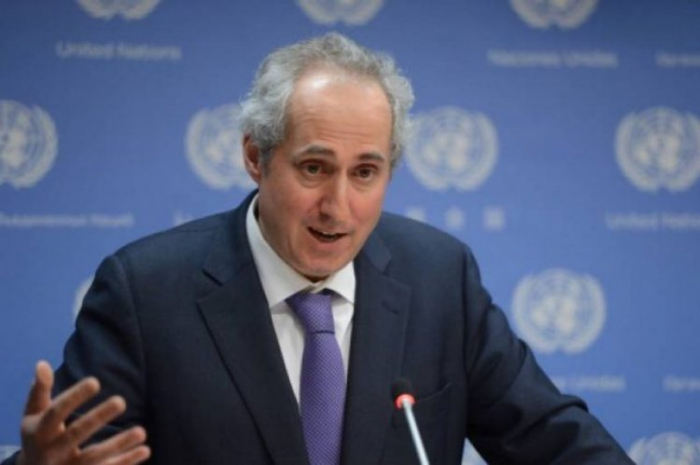 The UN is grateful to Russia for the effort in halting military action in Nagorno-Karabakh, UN Secretary General Spokesperson Stephane Dujarric said at a briefing on Tuesday, AzVision.az reports citing TASS.

"We are very grateful for the Russian authorities, for what they have done," the spokesperson said. He added that "the sense of relief is really about the hope that this will end the suffering of civilians."

The UN Secretary General representative emphasized that "we have repeatedly from this podium condemned the targeted attacks on civilians and civilian infrastructure that we have seen." "By expressing relief, we obviously express welcome to the fact that this deal was reached and we will do whatever we can on our part to support the parties as they implement it," he explained.