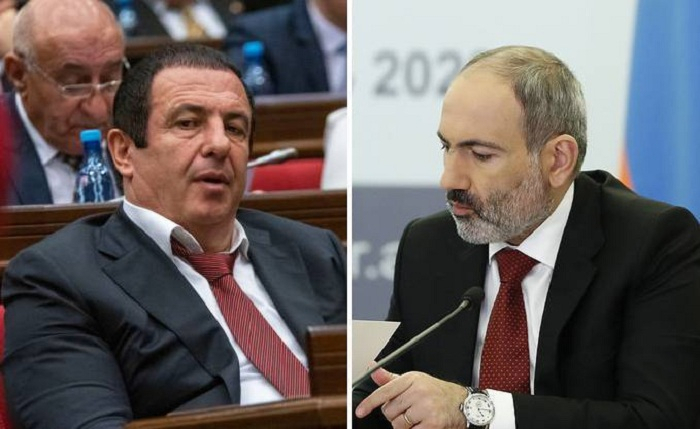 "I don't understand how the agreement will be explained, how it will be reported to people. It's a betrayal," Gagik Sarukyan, leader of the Armenian opposition and chairman of the 'Prosperous Armenia' party made the statement.

Unable to accept Armenia's defeat in the war with Azerbaijan, the party leader said: “We are living one of the most shameful days in our history. After 30 years of success and bloodshed, a document is signed and handed over to people without informing or discussing it with anyone. We all remember that two years ago it was said that any issue must be discussed and people must be informed. No one can give an inch of land, it is a betrayal to the nation, that person must be hanged in square. The war began on September 27 and a document was signed on the 28th and 29th of the month, handing over Shusha. I don't understand how this agreement will be explained and reported to the people. This is a betrayal, otherwise it is not possible. After handing over Shusha, they secretly signed the document. How will they respond to the people, the whole Armenian nation, dead, missing, wounded, homeless, 100,000 Armenians, who came to Armenia from Karabakh? ”