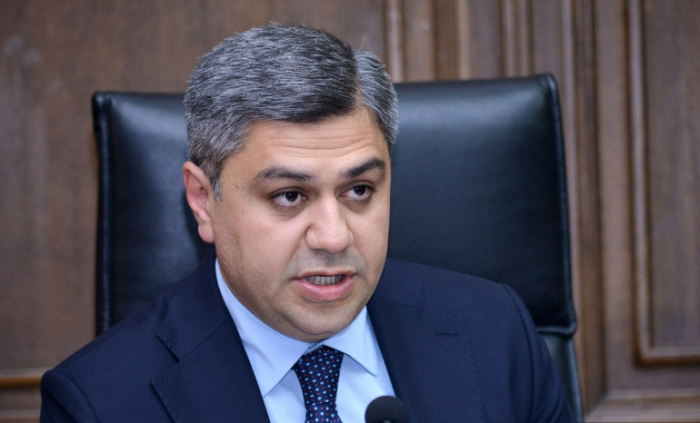 This is one of the most embarrassing and painful pages in the history of the Republic of Armenia, and the only culprit for all these is a group of traitors who are in power today, said  the chairman of the center-right Homeland Party Artur Vanetsyan, commenting on the statement on the cessation of hostilities in the Nagorno- Karabakh, Azvision.az reports.

"Under the influence of foreign forces for the last 2.5 years, they have implemented a program that ended with the signing of this shameful agreement. Until the last minute, the state propaganda machine deceived everyone and said that we had won. Those who tried to tell the truth were immediately included in the list of traitors", Artur Vanetsyan stated.

Vanetsyan also commented on his experience while working with a group of traitors.

“The vast majority of Armenian population believed in the revolution and hoped that a new quality of Armenia would be created. After working as the director of the National Security Service for a while, I began to observe that what was being shown was completely deceptive. Nikol Pashinyan is a chronic liar, he always lies and then starts making excuses to justify his lies. Initially, I hoped to prevent dangerous developments, but the director of the NSS cannot make different political statements other than the head of state. And I said, "Stop!"  submiting my resignation to Pashinyan", he added.