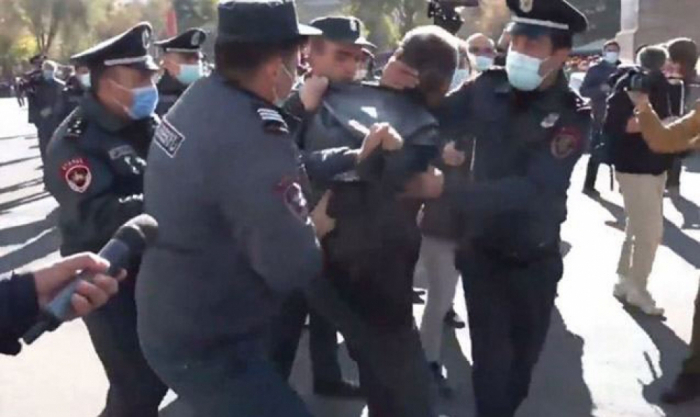 The fake Armenian myth created by the government two and a half years ago was destroyed yesterday, Hraparak daily wrote.

The daily noted that the Armenian government gave the impression that it had received endless public support with fake posts and comments on social networks.

“In real Armenia, thousands of people took to the streets demanding the resignation of Nikol Pashiyan. The 17 parties that initiated the rally said the protests would continue until the prime minister fulfilled their demands. There is only one demand - the resignation of Pashinyan, which, according to party representatives, could change the current situation,” it wrote.