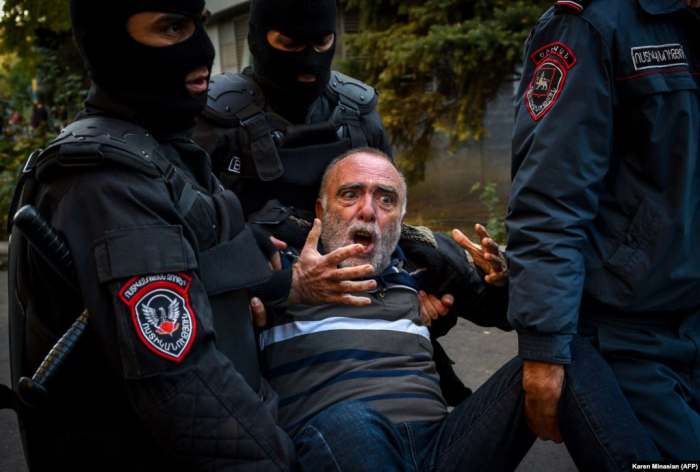 Thousands of protesters marched through the streets of Yerevan on November 12 protesting against a Russian-brokered peace agreement with Azerbaijan over the Nagorno-Karabakh region, AzVision.az reports citing the Armenian media.

Several people were detained during the protests against the truce, which ended weeks of fighting with Azerbaijan, but sparked outrage with Prime Minister Nikol Pashinyan for accepting the deal.

Nearly two dozen opposition parties have demanded Pashinian's resignation over the agreement, viewed by them as an act of surrender.

In an address to the nation on November 12, Pashinian acknowledged objections to the deal, but also called on Armenians to rally around his government, saying that its priority was the stability and security of the country.