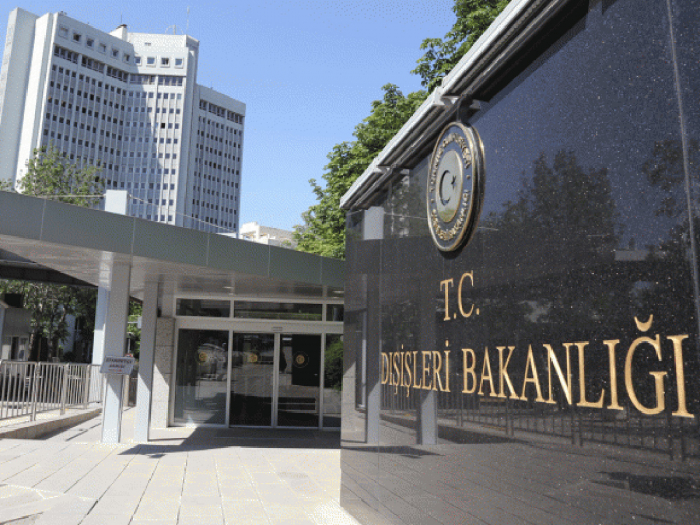 The baseless allegations mentioned in the press release of the UN Human Rights Council’s Special Procedures Mechanism are detached from the facts on the ground, Spokesman for the Turkish Ministry of Foreign Affairs, Hami Aksoy stated, AzVision.az reports.

The reason behind the circulation of these fake news is Armenia’s intention to divert attention away from its illegal occupation and create the perception of a supposedly "victimized country fighting against international terrorism", said the spokesman.

"It is proven that Armenia has recorded images of the members of the Syrian National Army and circulated them on the internet as pseudo evidence. Neither these fake videos nor the comments of people paid in exchange of testimony have any credibility or validity," said Aksoy.

"The press release made without waiting for Turkey’s views and based on black propaganda products of fake images and fabricated news has undermined the credibility of the UN Special Procedures Mechanism. What is expected from the Mechanism is to work transparently and collect the views of all relevant parties, rather than make biased and misleading statements," he added.


"On the other hand, we find it positive, yet insufficient, for the statement to mention that Armenia has used foreign fighters in the clashes. It is common knowledge that Armenia deployed Syria based PKK / YPG terrorists to Nagorno Karabakh. In fact, many PKK terrorists, whose names were known to us, were neutralized by the Azerbaijani army in the fighting," the spokesman noted.

"As the Armenian Prime Minister Pashinyan has confessed, many ethnic Armenian citizens of third countries took part in the clashes in Nagorno-Karabakh. We would have expected the Special Rapporteurs to investigate this information, which is supported with images in open sources, in greater detail and reflect it in the statement," Aksoy said.

"Although the statement mentions deliberate attacks on civilians, we deem it a deliberate neglect not to mention that it was Armenia doing this. As stated by Prime Minister Pashinyan's military adviser, Armenia has deliberately attacked civilian settlements in Azerbaijan with illegal cluster bombs in order to create chaos among the people, thus has committed war crimes. Armenia's violation of international law has also been recorded by Human Rights Watch and Amnesty International," he added.