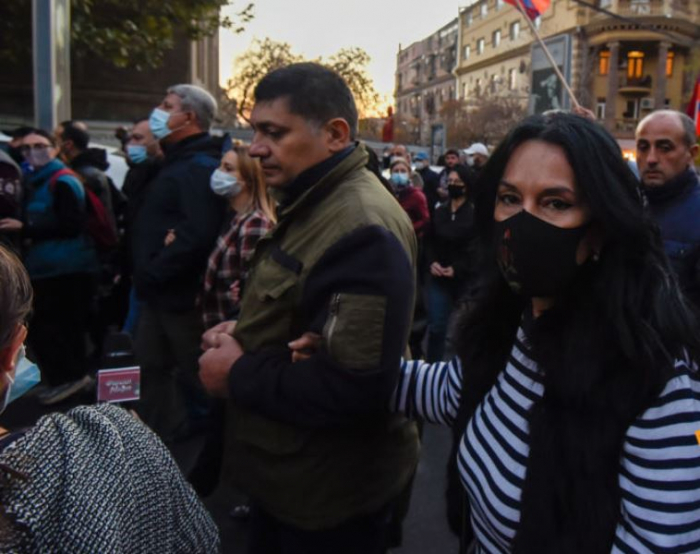 According to the MP, the Armenian authorities have created armed groups to take revenge on oppositionists.

“Me and my colleagues are receiving threats from various individuals. They are threatening to kill us and our children for criticizing Pashinyan. We have information about the creation of armed groups with the aim of taking revenge on oppositionists,” Zohrabyan said.

Mass anti-government protests erupted in Yerevan following the signing of a trilateral statement on Karabakh. Several opposition representatives have been detained for joining the protests.