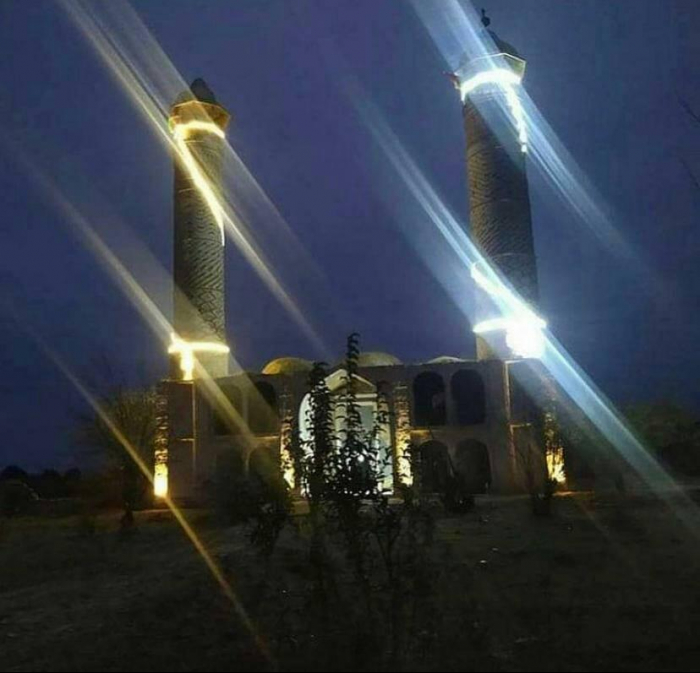 Juma Mosque in the liberated Aghdam region was lighted up. New photos of the mosque was spread on social platforms.

The Armenian Armed Forces occupied most of the territory of Aghdam district on July 23, 1993.