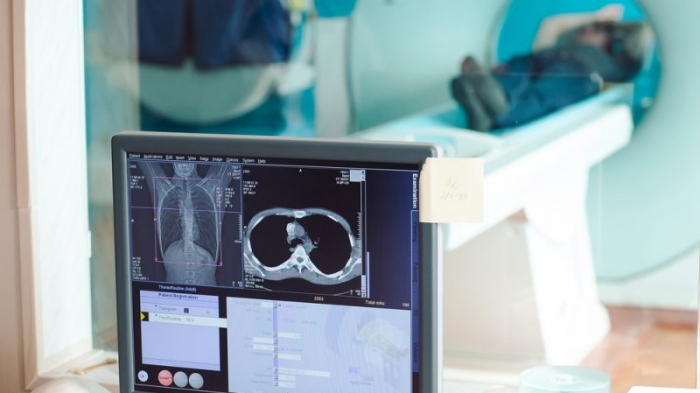 The fight against cancer remains a cross-cutting priority for the EU although the COVID-19 crisis has understandably diverted attention over the past few months.

The much-awaited ‘Europe’s Beating Cancer Plan’ is among the flagship policies the European Commission President Ursula von der Leyen wants to put forward in her mandate.

On 4 February, the World Cancer Day, the EU executive launched a wide consultation with health stakeholders and civil society groups to help shape this plan. But barely a month later, European citizens’ lives were turned upside down by the greatest health crisis in recent history.

However, the fight against cancer remains a top priority for the whole Commission, an EU source made clear to EURACTIV.

The Commission received almost 2,500 contributions to the roadmap in the public consultations, as well as significant input from targeted stakeholder workshops around topics that required further discussions, such as the impact of COVID-19 on cancer patients and care.

By putting pressure on the health systems and exposing their fragility, the pandemic has highlighted even more the many difficulties that groups of cancer patients and their families have had in accessing the care they need at every stage of the disease.

“There is a concern that due to this current situation, we could see changes in the mortality trends of cancer over the coming years,” the EU Health Commissioner Stella Kyriaikides has recently told MEPs.

She added that in the early stages of the pandemic patients were frightened to access hospitals for fear of infection but then other problems arose, such as delays of surgeries and treatment.

The plan the Commission wants to propose is based on four key pillars – prevention, early diagnosis, treatment, and follow-up care – and is set to be published in early December, as part of the European Health Union that von der Leyen introduced in her State of the Union address.

“We are waiting for an ambitious plan from the Commission to pursue a double objective: to conquer the fatality of cancer in Europe and to reduce health inequalities,” liberal MEP Véronique Trillet-Lenoir told this website.

The French lawmaker, who is also an oncologist by profession, is the rapporteur for the Beating Cancer (BECA) special committee set up in the European Parliament last June.

BECA’s main goal is to iden­ti­fy­ leg­is­la­tion and mea­sures that can help pre­vent and con­trol cancer and also assess how research can be effec­tively sup­ported.

Trillet-Lenoir has already drafted a working paper, endorsed by other political groups, which aims to influence the Cancer Plan and give the BECA committee a clear state of play for its work in the coming months.

“We want to work on every aspect of the disease, from prevention to treatment and life after cancer, but also to think beyond cancer: this plan could be seen as a first step towards a real European Health Union, notably to tackle other chronic diseases,” the MEP concluded.

The rotating EU presidency, currently held by Germany, is planning to discuss a Council response to the Commission’s Beating Cancer Plan in the near future although the timing depends on when it will be unveiled, EURACTIV has learnt.

A diplomatic source also confirmed that the forthcoming Portuguese presidency will undoubtedly pay attention to this action plan, which they consider essential.

The Commission’s roadmap in February was accompanied by consultations with member states through virtual meetings of the Steering Group on Health Promotion and Disease Prevention, a panel that provides expertise to the Commission on developing and implementing activities in the field of non-communicable diseases (NCDs).

A Cancer Mission has recently been established in the framework of Horizon Europe, the EU’s research programme, aiming to make the best use of technology and innovation in the fight against the disease.

Digitalisation could also give a contribution to improve hospital systems, enabling patients to have access to better care, while a proposal for creating a European health data space is expected in 2021.

As EU’s health boss Kyriakides often says, the Cancer plan is not a standalone programme. Therefore, it was no surprise that the recently unveiled Chemicals Strategy intended to further strengthen the prevention of cancer by tackling more effectively and systematically exposure to carcinogenic substances.

“We have come a long way already in the EU regulating chemicals which cause cancer,” Environment Commissioner Virginijus Sinkevičius told EURACTIV.

Action that will be taken in the context of this strategy includes tackling carcinogens in all consumer products, beyond what is done today for cosmetics and toys, and notably in food contact materials, childcare articles, but also textiles or furniture.

“We’re taking a step further as we want to make sure that consumer products do not contain chemicals that cause cancers and that vulnerable populations – like children – are not exposed to those chemicals, such as in childcare articles”, Sinkevičius added.

Similarly, action will be taken on tackling persistent and bio-accumulative substances, as well as endocrine disruptors that have an equivalent level of concern as they interfere with the endocrine and immune systems and can favour carcinogenic effects.

The original article was published in EURACTIV.