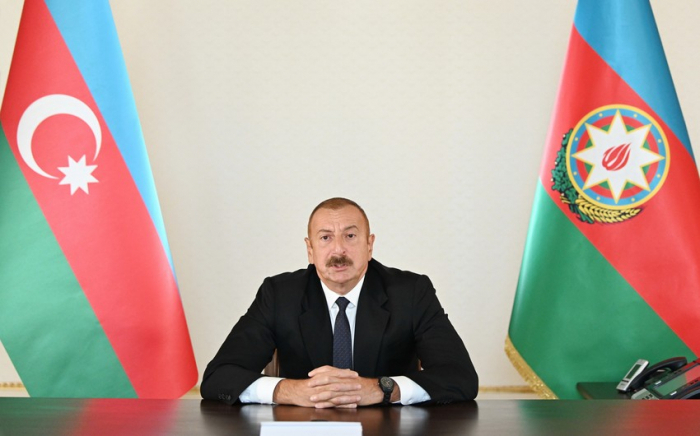 "Kalbajar is our ancient land. It is the land of ancient Azerbaijan. Kalbajar is one of our largest districts in terms of territory. The historical sites of Kalbajar are our great asset," Azerbaijan President Ilham Aliyev said.

He made the remarks in his speech to nation on November 25.

"Both mosques and churches are our historical treasures. The people of Azerbaijan know this well, and the whole world should know that churches in Kalbajar belong to the ancient state of Caucasian Albania. There are many historical documents confirming this. This is no secret. Armenian “historians” and fraudsters have simply Armenianized ancient Albanian churches, added their own inscriptions on them and appropriated these churches. Suffice it to look at history and anyone can see that in the 1830s, Tsarist Russia abolished the Albanian Church, gave all the property of the Albanian Church to the Armenian Gregorian Church, and Armenian priests and their patrons began to appropriate these churches. Their main task was to erase the history of Caucasian Albania. But we did not allow that to happen.

Azerbaijan has a broad scientific base on this issue. There are research works available. These works are and should be shared not only with the scientific community, but also with the world community as a whole. Caucasian Albania was a great state. Gabala was its capital. Historical sites and churches belonging to Caucasian Albania are our historical and cultural heritage. We are protecting these churches. I have visited these churches many times – in the city of Shaki, in Gabala district, the Udi church. As you know, during the war, on the initiative of the Heydar Aliyev Foundation, the repairs of the ancient Udi Caucasian Albanian Church in Nij settlement was completed and this church was opened. We are protecting these churches as our cultural heritage. Therefore, no-one should be worried. These churches will continue to be protected by the state," the head of the state noted.