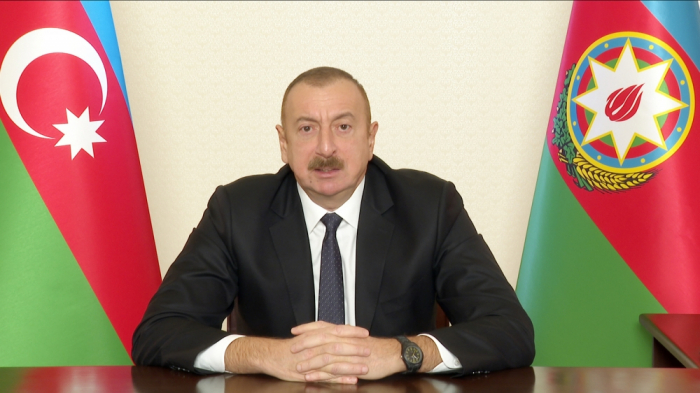 President of Azerbaijan, Victorious Commander-in-Chief Ilham Aliyev has congratulated the people of Azerbaijan on the liberation of Kalbajar district from occupation.

Conveying this good news in his address to the nation, the head of state said: “Kalbajar district has been liberated from occupation today. I heartily congratulate all the people of Azerbaijan on this occasion. Dear people of Kalbajar, let your eyes be clear! Your native district has been liberated from occupation. The people of Azerbaijan have been looking forward to this day for years.”

“Everyone knows that the former Nagorno-Karabakh Autonomous Region did not have a border with the Republic of Armenia. Armenia was separated from Nagorno-Karabakh by Lachin district and the Lachin corridor. The occupation of Lachin, Shusha and then Kalbajar districts created a geographical connection between Armenia and Nagorno-Karabakh over a large area, and this was the enemy's goal. After the occupation of Kalbajar, it is possible to say that communication was established between Armenia and Nagorno-Karabakh in many ways. First of all, weapons, equipment and manpower were sent there from Armenia. At the same time, it provided great advantages for Armenia's subsequent policy of aggression,” President Ilham Aliyev added.