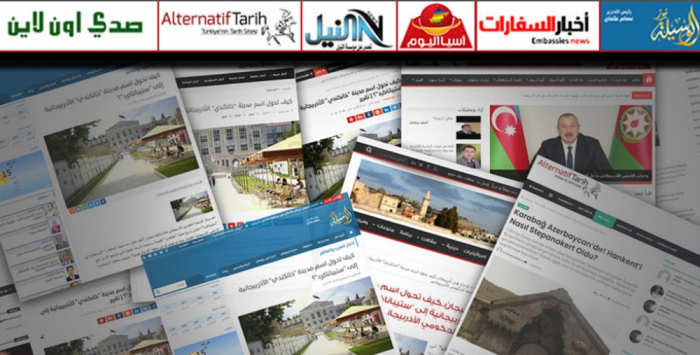 A number of the world`s leading news portals have broadcast documentary "How Khankendi became Stepanakert" in different languages.

Based on documentary archives, the film tells the ancient history of Khankendi, the Armenians' policy of Armenization of Karabakh, including the ancient Azerbaijani city of Khankendi and their brutalities against the local population.