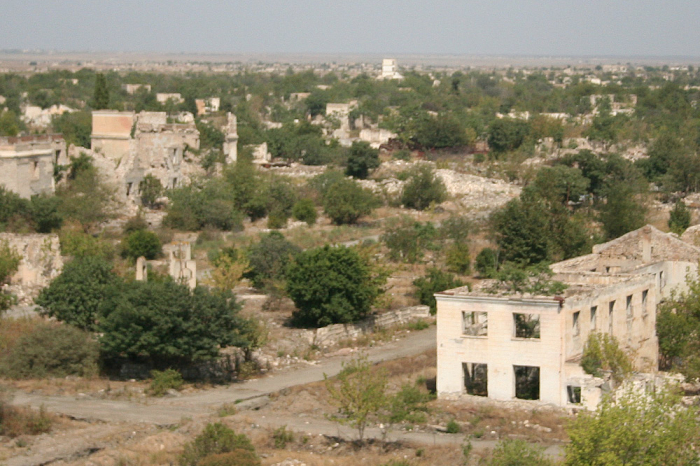 The process of establishing the damage caused to the Azerbaijan's Fuzuli and Jabrayil districts as a result of the shelling of settlements by the Armenian Armed Forces has been completed, Ismayil Zeynalov, a member of the state commission, established to determine and eliminate damage inflicted by the Armenian forces on civilians of Azerbaijan, told AzVision.az on Dec.2.

According to Zeynalov, the commission has already established the damage caused to the above districts.

"Forty seven houses were damaged in the village of Jojug Marjanly, Jabrayil district, 41 of them are private houses, three are business facilities, one is a school and two are administrative buildings," he said.

The commission’s member added that in the part of Fuzuli district, that wasn’t occupied by Armenia in 1993, 348 private houses in which Azerbaijanis lived, were inspected, 12 of the houses were completely destroyed. Besides, damage was caused to the school building, administrative building and business entities. In total, 374 houses and objects were damaged in the district, and 6 cars have become unusable a well.

The damage was inflicted during hostilities between Armenia and Azerbaijan, which lasted from Sept.27 through Nov.9 and ended with liberation of many territories occupied since 1992-1993, including the above districts.