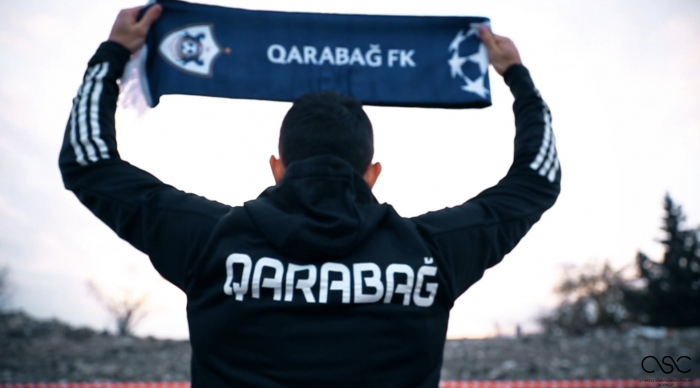 As reported, on November 28, Qarabağ football club visited Aghdam region, a region liberated from the occuaption of Armenian forces.

During the visit, the team visited the Juma Mosque, paid their respects to Allahverdi Bagirov, a national hero of Azerbaijan and the legendary captain of the Qarabağ club.

The team also visited the Imarat stadium, which was razed to the ground. The players played football in the ground and lifted their championship trophy in a symbolic victory.

Center for Strategic Communications prepared a video from Qarabağ team's visit to Agdam: