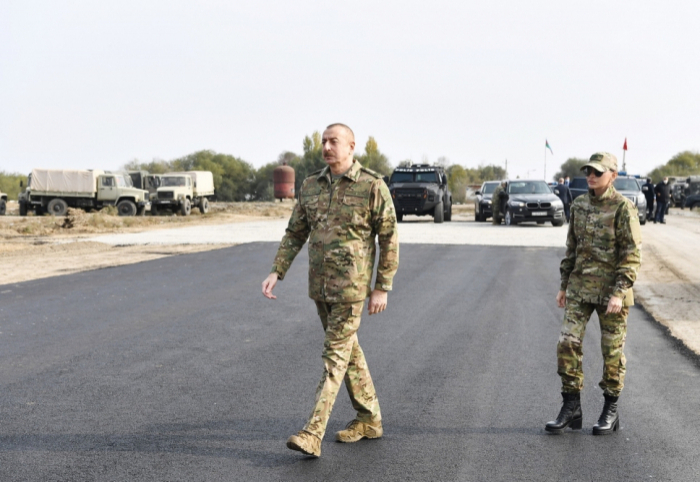 First Lady of Azerbaijan Mehriban Aliyeva posted a video on Instagram from their trip to Shusha with the President Ilham Aliyev, AzVision.az reports.

"Let's move to the liberated lands. The glorious Azerbaijani Army drove the Armenian troops out of our lands, Fuzuli region", President Aliyev said in the VIDEO.

Note, on October 17, 2020, most of the occupied portion of the Fuzuli district was liberated by the Azerbaijani during the 2020 Nagorno-Karabakh war. On November 8, the President Ilham Aliyev announced the liberation of Shusha city from the Armenian occupation.

The territories of Azerbaijan, which was occupied by Armenia nealry 30 years ago, were liberated from the occupation during the 44-day Second Nagorno-Karabakh War. The war started on September 27 when the Armenian Armed Forces launched a large-scale military attack on positions of Azerbaijani army on the front line, using large-caliber weapons, mortars and artillery and lasted until November 10. Until November 10, the Azerbaijan Army liberated some villages and cities of Fuzuli, Jabrayil, Gubadli, Zangilan, Khojavend, Khojaly, Terter, Shusha and Lachin districts.