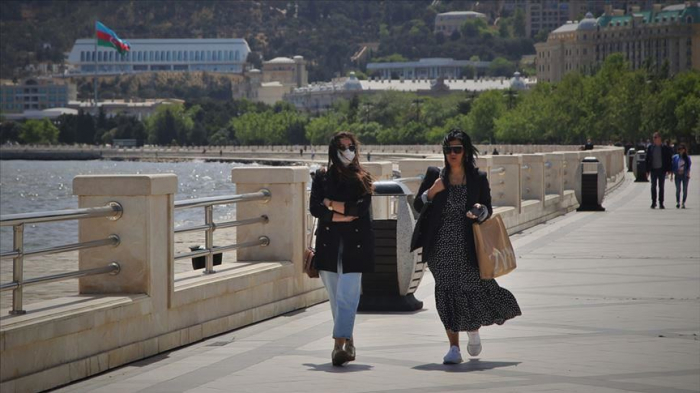 The special quarantine regime in Azerbaijan was extended until April 1, 2021 at 06:00 in order to prevent the spread of the coronavirus and its possible consequences, AzVision.az reports citing the Operational Headquarters under the Cabinet of Ministers.

Entry-exit to the cities of Baku, Sumgayit, Ganja, Mingachevir, Shirvan and Absheron region, as well as to the regional centers of Lankaran, Masalli, Jalilabad, Shaki , Zagatala, Guba, Khachmaz, Yevlakh, Barda, Bilasuvar and Ismayilli districts (with the exception of villages and settlements) will be limited from 00:00 (GMT+4) on Jan.18, 2021 to 00:00 on Jan. 25, 2021

From 00:00 (GMT+4) on January 18 to 00:00 on January 25, 2021, persons with tickets for international and domestic flights will be allowed to travel between the cities of Baku, Sumgayit, Ganja, Mingachevir, Shirvan and Absheron region, as well as regional centers of Lankaran, Masalli, Jalilabad, Sheki, Zagatala, Guba, Khachmaz, Yevlakh, Barda, Bilasuvar and Ismayilli (with the exception of villages and settlements) and outside them on the basis of tickets, and for persons entering the country through the state border in the appropriate manner - on the basis of the stamp in their passports.

Based on the current sanitary-epidemiological situation, the number of active patients and the rate of infection, the following rules will be introduced in Azerbaijan from 00:00 on 18 January 2021:

- SMS-permissions and permissions from the e-gov.az portal will be canceled from January 18;

- hairdressing salons and shops will reopen from January 25, and restaurants - from February 1;

- public transport won’t work on weekends (at least until April 1);

- educational institutions, courses, etc. won't work yet (next week the Ministry of Education will hold briefing on this);

- wearing masks will continue to be mandatory;

- vaccination will start on January 18;

- from February 1, vaccination of persons over 65 will begin;