Green energy zones to be established in Azerbaijan's liberated lands 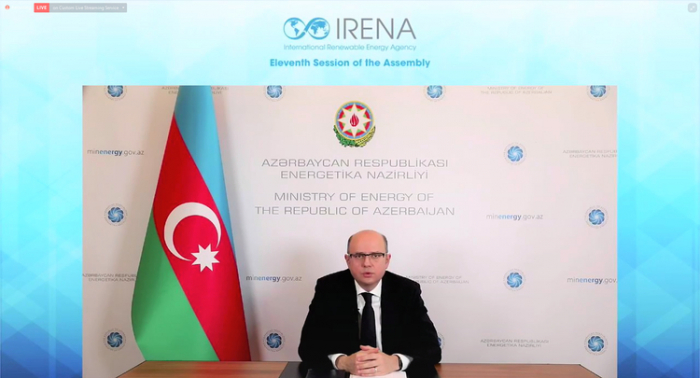 The official opening ceremony of the 11th Assembly of the International Renewable Energy Agency (IRENA) and a high-level panel meeting on "Energy Transition for Sustainable Post-COVID Renewal" were held on January 18, AzVision.az reports.

The event, which took place in a video conference format, was attended by high-ranking officials and representatives of international organizations from more than 180 countries.