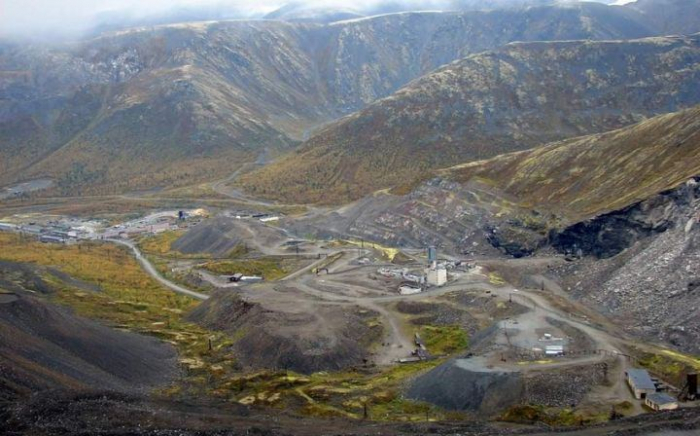 "The Company is undertaking the work necessary to produce JORC estimates for the new discovery and to determine the best way to commercially exploit the mineral occurrence," CEO and President Reza Vaziri said.

"Initial drilling is focused on areas identified by geological mapping, geophysics data, and the structural geology, and 12 drill holes have been completed with a total length of 7,675 meters,” Stephen Westhead, Director of Geology and Mining, said. “Some 10 profile lines totaling nearly 25 kilometers were also completed using ground-based induced polarisation electrical geophysics. This work identified three mineralized zones within an elongated structure. The most significant downhole intercept is 113 meters at 0.5 percent. copper and 0.7 grams per tonne of gold. This thickness and style of mineralization are consistent with porphyry-type mineralization.”

"The geological team at Gedabek continues to evaluate the continuity of mineralization within the deposit to develop resources for future economic evaluation," Westhead added.

Anglo Asian Mining plc is a gold, copper, and silver producer in Central Asia with a broad portfolio of production and exploration assets in Azerbaijan. The Company has a 1,962 square kilometer portfolio.

The Company's main operating location is the Gedabek contract area ("Gedabek") which is a 300 square kilometer area in the Lesser Caucasus mountains in western Azerbaijan.