The principles of international law and historical justice have triumphed - Ambassador 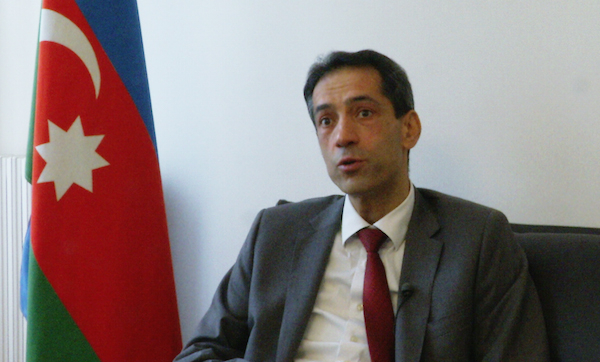 Azerbaijani ambassador to France Rahman Mustafayev gave an interview to the French Le Courrier de l'Atlas newspaper about the Armenia-Azerbaijan Nagorno-Karabakh conflict and its history, AzVision.az reports on Jan. 22.

The ambassador said that at last the principles of international law and historical justice have triumphed.

“The Nagorno-Karabakh region and seven adjacent districts, occupied by the Armenian Armed Forces in 1991-1994, have already been liberated,” Mustafayev added.

"Despite the four resolutions adopted by the UN Security Council in 1993, we ourselves have achieved respect for international law,” the ambassador said. “A new period - a period of the revival of lands that have been held for a long time under occupation is already beginning.”

“I hope that relations between Armenia and Azerbaijan will be restored,” Mustafayev said. “It is difficult to talk about this at the moment and it will not be easy because revanchist sentiments are still raging in the Armenian society.”

The ambassador emphasized that after the occupation of the Nagorno-Karabakh region, our cities, villages, historical monuments and cemeteries were destroyed.

“The roads have been mined,” Mustafayev said. “We must carry out a large-scale work to ensure the return of more than 700,000 Azerbaijani IDPs, whose rights have been violated for 30 years.”

“Civil rights are widely discussed in the West, but for some reason the topic of violation of the rights of Azerbaijani internally displaced people is slightly touched upon,” Mustafayev added.