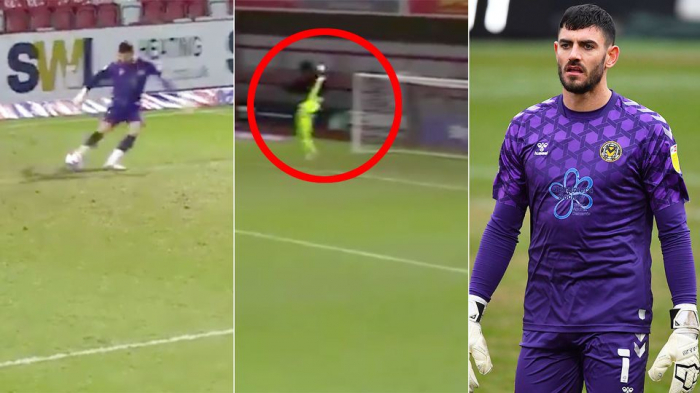 The 25-year-old's goal kick at the Jonny-Rocks Stadium was caught in the wind and sailed over his Cheltenham counterpart Josh Griffiths from a distance of 96.01m.

King's goal beat the previous record of 91.9m set by fellow keeper Asmir Begovic when he was playing for Stoke against Southampton in November 2013.

After the record was confirmed, King said: "I'm absolutely delighted to have set the record.