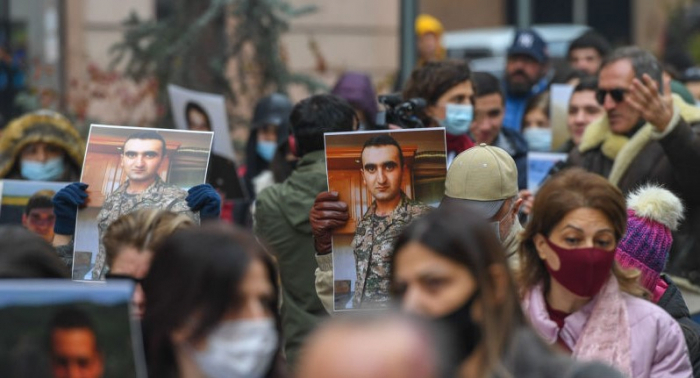 The protesters said that they wanted to meet with Ambassador Sergei Kopirkin. Relatives of 40 Armenian servicemen from the unit located in Echmuadzin gathered in front of the building. They said that their sons were taken to Zangilan during the Karabakh war and they had no contact with their sons: "We appealed to all the authorities, but no one helps us. No one tries to find our sons. Now we want the ambassador to listen to us. How long will we wait?" said Tigran Adoyan, the father of one of the soldiers.

They said they would march to the government building tomorrow. Protesters also decided to appeal to the second president Robert Kochariyan, who wants to come to power.