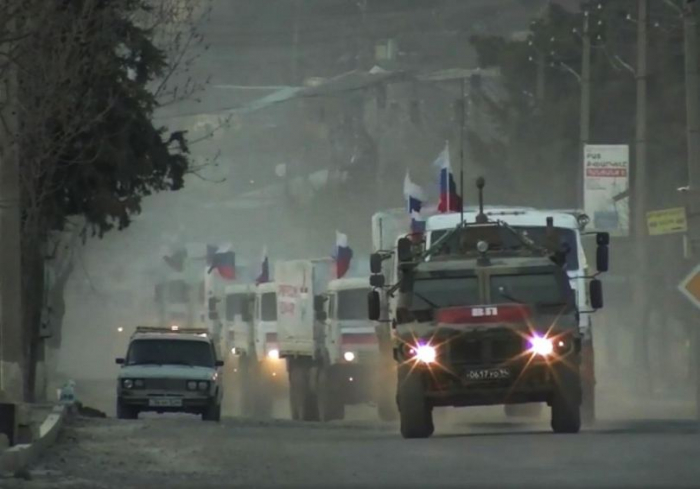 Another Russian column of the Humanitarian Response Center, consisting of 25 KamAZ military trucks and escort cars, delivered about 185 tons of cargo to the Kalbajar district of Azerbaijan, the Russian Defense Ministry reported.

According to the ministry, the cargo is designated for restoring energy and water supply systems for social facilities and residential buildings (generating stations, electrical equipment, reinforced concrete structures, and building materials).

The assistance was provided to the Azerbaijani side on the basis of the terms of the trilateral agreement between Russia, Azerbaijan, and Armenia dated November 10 last year, added the ministry.