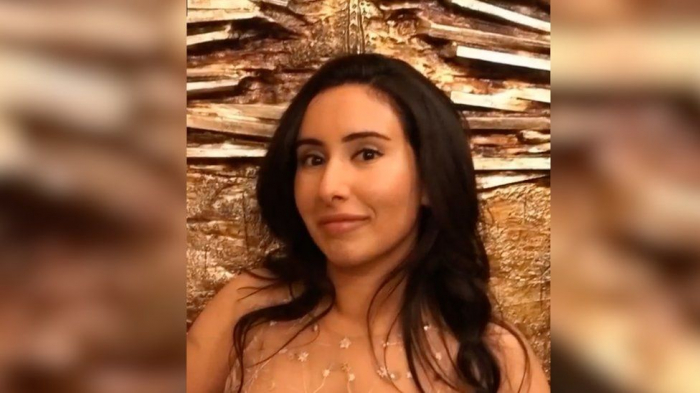 The daughter of Dubai's ruler who tried to flee the country in 2018 later sent secret video messages to friends accusing her father of holding her "hostage" as she feared for her life.

In footage shared with BBC Panorama, Princess Latifa Al Maktoum says commandos drugged her as she fled by boat and flew her back to detention.

The secret messages have stopped - and friends are urging the UN to step in.

Dubai and the UAE have previously said she is safe in the care of family.

Ex-UN rights envoy Mary Robinson, who had described Latifa as a "troubled young woman" after meeting her in 2018, now says she was "horribly tricked" by the princess's family.

The former UN High Commissioner for Human Rights and president of Ireland has joined calls for international action to establish Latifa's current condition and whereabouts.

"I continue to be very worried about Latifa. Things have moved on. And so I think it should be investigated," she said.

Latifa's father, Sheikh Mohammed bin Rashid Al Maktoum, is one of the richest heads of state in the world, the ruler of Dubai and vice-president of the United Arab Emirates (UAE).

The videos were recorded over several months on a phone Latifa was secretly given about a year after her capture and return to Dubai. She recorded them in a bathroom as it had the only door she could lock.

In the messages, she detailed how:

Latifa's account of her capture and detention was revealed to Panorama by her close friend Tiina Jauhiainen, maternal cousin Marcus Essabri and campaigner David Haigh, who are all behind the Free Latifa campaign.

They say they have taken the difficult decision to release the messages now out of concern for Latifa's safety.

It was they who managed to establish contact with Latifa as she was held in a Dubai "villa", which she said had barred windows and police guards.

Panorama has independently verified the details of where Latifa was held.

Sheikh Mohammed has built a hugely successful city but rights activists say there is no tolerance of dissent and the judicial system can discriminate against women.

He has a vast horse-racing enterprise and frequently attends major events such as Royal Ascot, where he has been pictured with Queen Elizabeth II.

But he has faced severe criticism over Princess Latifa and also her stepmother, Princess Haya Bint Al Hussain, who fled to London in 2019 with her two children.

Latifa, now 35, first tried to flee at 16 but it was only after contacting French businessman Herve Jaubert in 2011 that a long-planned escape was put into motion. This was done with the help of Ms Jauhiainen, initially her instructor for capoeira, a Brazilian martial art.

On 24 February 2018, Latifa and Ms Jauhiainen took an inflatable boat and jet ski to international waters, where Mr Jaubert was waiting in a US flagged yacht.

But eight days later, off India, the boat was boarded by commandos. Ms Jauhiainen says smoke grenades forced her and Latifa out of hiding in the bathroom below deck and they were held at gunpoint.

Latifa was returned to Dubai, and hadn't been heard from since until now.

Ms Jauhiainen and the crew on the boat were freed after two weeks of detention in Dubai. The Indian government has never commented on its role.

Before her 2018 escape attempt, Latifa recorded another video which was posted on YouTube after her capture. "If you are watching this video, it's not such a good thing, either I'm dead or I'm in a very, very, very bad situation," she said.

It was this that sparked huge international concern and calls for her release. The UAE came under intense pressure to account for her and a meeting was arranged with Ms Robinson.

She flew to Dubai in December 2018 at the request of her friend, Princess Haya, for a lunch at which Latifa was also present.

Ms Robinson told Panorama she and Princess Haya had earlier been presented with details of Latifa's bipolar disorder, a condition she does not have.

media captionFormer UN official Mary Robinson says she was "horribly tricked" in the Dubai princess scandal
She said she did not ask Latifa about her situation because she did not want to "increase the trauma" of Latifa's "condition".

Nine days after the lunch, the UAE's foreign ministry published photographs of Ms Robinson with Latifa, which it said was proof that the princess was safe and well.

Ms Robinson said: "I was particularly tricked when the photographs went public. That was a total surprise... I was absolutely stunned."

In 2019, the tensions within Dubai's ruling family were laid bare before England's High Court after one of the sheikh's wives, Princess Haya, fled to the UK with two of her children and applied for a protection order and non-molestation order against the sheikh.

Last year, the High Court issued a series of fact-finding judgments that said Sheikh Mohammed had ordered and orchestrated the forcible return of Latifa in 2002 and 2018, as well as the unlawful abduction from the UK in 2000 of her older sister Princess Shamsa, who had also tried to escape.

The court found Sheikh Mohammed "continues to maintain a regime whereby both these two young women are deprived of their liberty".

Latifa's friends had hoped that the court case in March last year that ruled against Sheikh Mohammed, calling him "not honest" and in favour of Princess Haya, might help.

On the decision to release the messages now, Ms Jauhiainen just says that "a lot of time has passed" since contact was lost.

She says she thought hard about releasing the video messages now, but adds: "I feel that she would want us to fight for her, and not give up."

The governments of Dubai and the UAE have failed to respond to requests for comment from the BBC about Latifa's current condition.