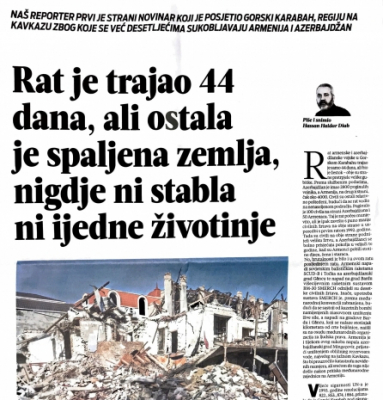 The article speaks about the Second Karabakh War. It is noted that although the civilian casualties in this war were lower compared to the First Karabakh War, Armenia fired on the Azerbaijani cities of Ganja and Barda with banned weapons and targeted civilians.

The author refers to the UN Security Council resolutions on the conflict, emphasizing that Azerbaijan's territorial integrity is supported by the international law.

The journalist also informs the readers about the scale of the destruction that he witnessed during his visit to the newly liberated areas - Fuzuli, Jabrayil and Gubadli, as well as the destruction of graves, houses and other buildings by Armenians.