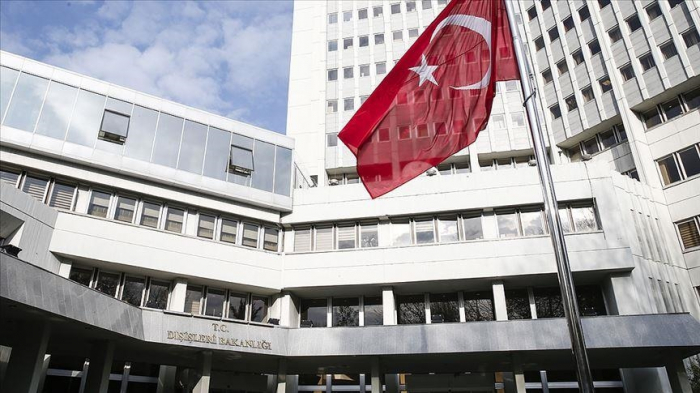 Turkey on Friday slammed a decision by the Dutch House of Representatives to recognize the 1915 events as "genocide" against Armenians, AzVision.az reports citing Anadolu Agency.

Turkish Foreign Ministry spokesperson Hami Aksoy said the decision and calling on the government to recognize the events of 1915 as genocide is a null attempt to rewrite history with political motives.

"Councils are not venues to write history and trial it. Those who agree with this decision, instead of looking for what actually happened in 1915, are after votes as a populist," Aksoy said.

He invited the signatories of the decision to examine the UN Convention on the Prevention and Punishment of the Crime of Genocide of 1948 and the decisions of the European Court of Human Rights.

"We invite you to support the efforts for a better understanding of a historical issue," he said, adding that Turkey's proposal for a joint History Commission, which was not answered by Armenia, was one of these efforts.

He said the Dutch House of Representatives is detached from reality as it has been frequently in recent years.

Aksoy invited the Dutch government to wage a struggle against racism, Islamophobia and xenophobia rather than discriminatory practices leading to the resignation of the government and instead of taking decisions against Turkey.