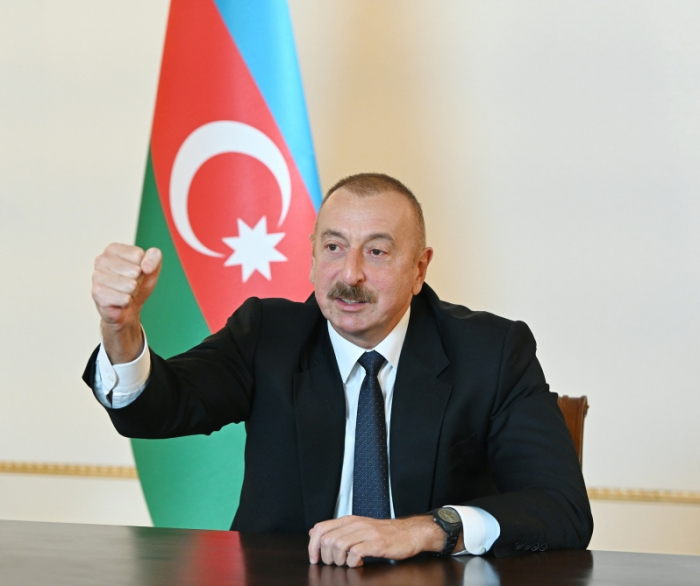 "I am confident that the Azerbaijanis must and will return to the lands controlled by the peacekeeping mission in the Nagorno-Karabakh region, President Ilham Aliyev said Friday during a press conference with local and foreign media representatives, AzVision.az reports.

"The return of the Azerbaijani people to the liberated lands was stated in a statement signed on November 10. I agree that this process will take some time and will require joint efforts. However, this is inevitable. In particular, we will return to Khojaly district. There is no other way. And the Armenian side must understand this ”, the President Ilham Aliyev added.