Egypt’s news websites have widely covered the press conference held by President of the Republic of Azerbaijan Ilham Aliyev for local and foreign media on February 26. 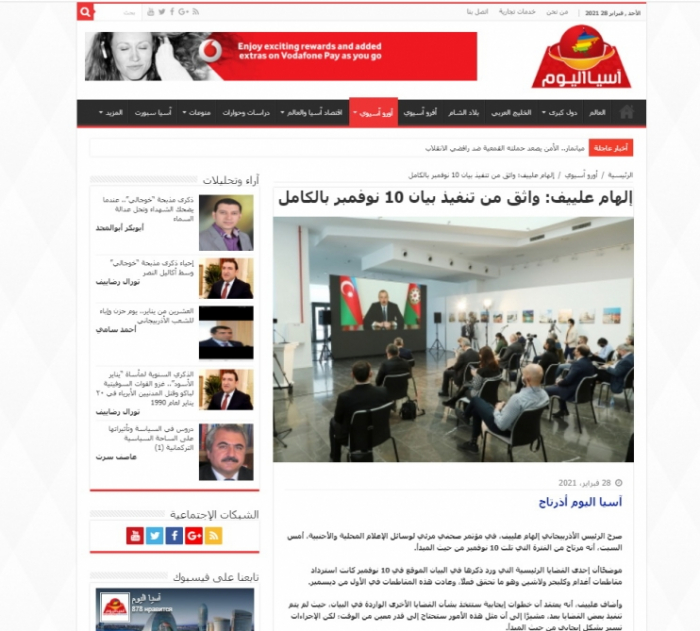 Asiaelyoum news agency and Aldiplomasy news portal noted that President Ilham Aliyev answered journalists' questions in detail, touched upon important issues and gave a number of important messages at the press conference which lasted for more than four hours. The Egyptian media also said the Azerbaijani President answered questions about the latest situation in the region, the political crisis in Armenia, as well as on the return of prisoners of war and other issues.