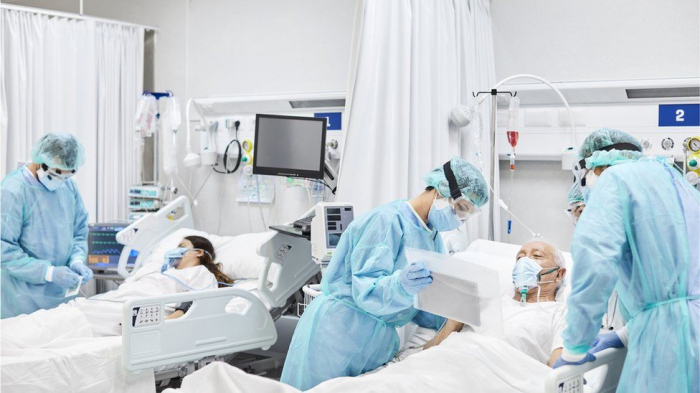 UK scientists have discovered a key inflammatory protein that rises in the blood of patients with severe Covid-19.

The protein - known as GM-CSF - was found to be nearly 10 times higher in patients who went on to die from the virus.

Scientists say that with further research, the protein could help identify those most at risk and provide clues for better targeted treatments for the disease.

The work appears in Science Immunology.

They found several inflammatory proteins - part of the body's immune response - were raised in people who were ill, but only GM-CSF was specific to severe Covid-19.

Scientists are concerned that while some of these inflammatory proteins help the body fight off the illness, others may do more harm than good by damaging organs.

Dr Kenneth Baillie, at the University of Edinburgh, said: "By studying patients with severe Covid-19 at large scale across the UK, we're building a clearer picture of lung disease in Covid-19.

Researchers say further work will help them understand whether inflammatory proteins like GM-CSF are one of the factors driving severe disease, and whether dampening these proteins with specific drugs can help.

Professor Peter Openshaw, of Imperial College London, said he hoped ultimately that the work would help find treatments that were more precise than some current therapies.

He added: "The future that we all want to embrace is one in which instead of giving very broad acting, rather poorly understood immunosuppressive treatments like steroids, that we can actually begin to pinpoint some therapy that just takes out the specific pathway that is causing harm whilst allowing the rest of the immune system to continue to do its job of clearing out the virus and restoring health."

Several drugs that target GM-CSF are being trialled but none have yet been approved for use.