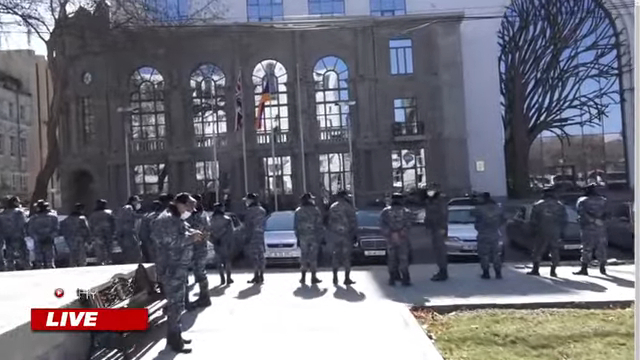 The territory near the Foreign Affairs Ministry building in Armenia has been cordoned by the police ahead of the expected visit of the Armenian Prime Minister Nikol Pashinyan, AzVision.az reports citing the Armenian Media.

Pashinyan heads to ministry to congratulate them on the Day of Diplomats which was marked in Armenia on March 2.

The reporters are not allowed to come closer to the building, snipers have been deployed on roofs of buildings.

Yesterday the representatives of Homeland Salvation Movement stated that they would conduct a protest action outside the MFA building with demand of Pashinyan’s resignation.