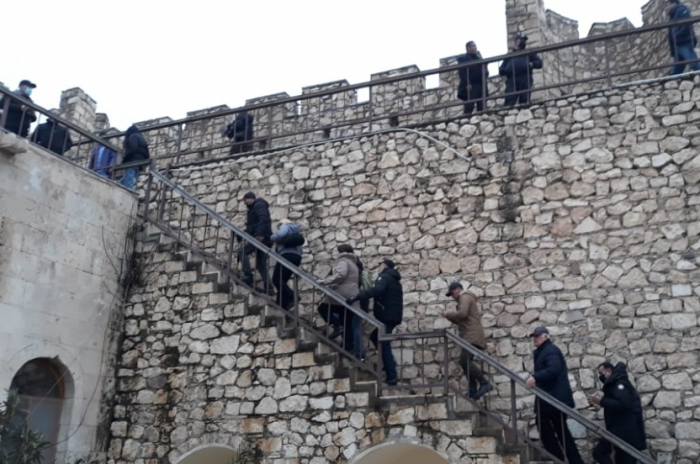 They were informed about the history of the fortress. It was noted that the fortress of Shahbulag in the XVIII century in the Aghdam region is one of the most famous monuments of the history of Karabakh. Located 10 km from the city of Aghdam, not far from the village of Shahbulag, it was built in 1751-1752 by Panahali Khan. The historical monument, known in the scientific literature as "Shahbulag Castle", is actually the inner tower of the large castle complex, which was built of local building materials, limestone and rock. The complex consists of houses, markets, baths and mosques and was surrounded by protective walls and watchtowers (guard towers, towers). The height of the wall is 7 meters, the height of the head is 8.5 meters. The only entrance to the complex is located to the east.

During this time the castle complex Shahbulag remained a fortress on the hill and the mosque. After the occupation of Aghdam in 1993, the Armenian Armed Forces tried unsuccessfully to build the fortress of Shahbulag, as well as a number of other Azerbaijani monuments, and the nearby mosque was presented as a church.