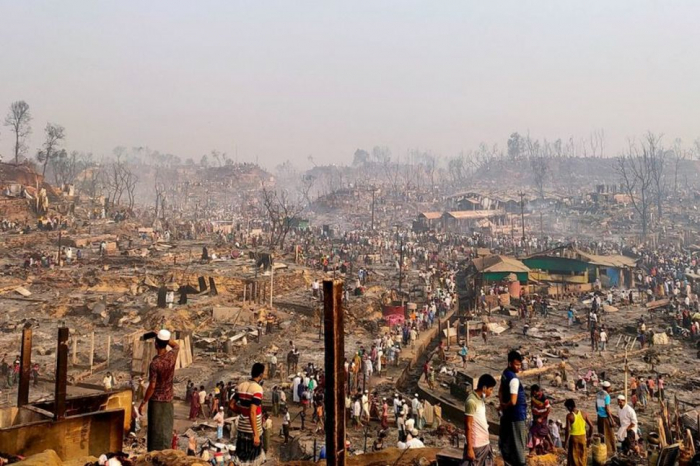 At least 15 people have been killed in a massive fire that ripped through a Rohingya refugee camp in Bangladesh, while 400 remain missing, the U.N. refugee agency said on Tuesday.

“It is massive, it is devastating,” said the UNHCR’s Johannes van der Klaauw, who joined a Geneva briefing virtually from Dhaka, Bangladesh. “We still have 400 people unaccounted for, maybe somewhere in the rubble,” he said.

He added that the UNHCR has reports of 560 people injured and 45,000 people displaced.