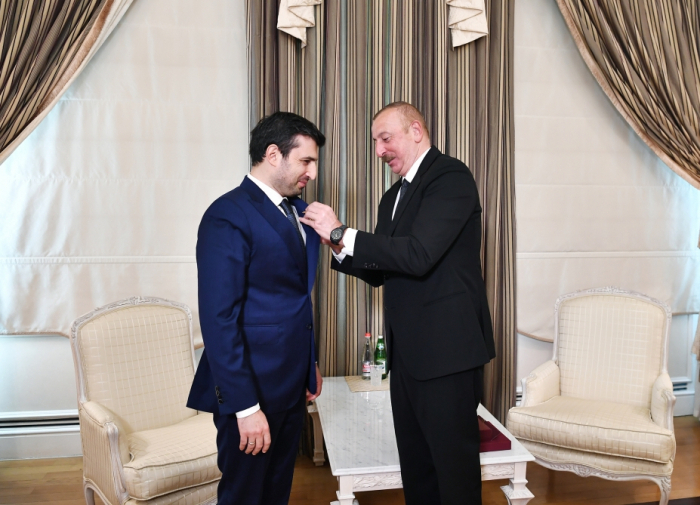 Selcuk Bayraktar was awarded this high award in recognition of his contributions to strengthening of brotherly relations, developing cooperation between Azerbaijan and Turkey, as well as the just cause of Azerbaijan to ensure its territorial integrity and sovereignty.

Highlighting the achievements of the Turkish defense industry, President Ilham Aliyev said that Selcuk Bayraktar was at the forefront of these successes. The Azerbaijani President also noted the role of Baykar company's products in the destruction of enemy’s equipment during the liberation of Azerbaijani lands from occupation.

Selcuk Bayraktar said he was honored and proud to be awarded the “Garabagh” Order.