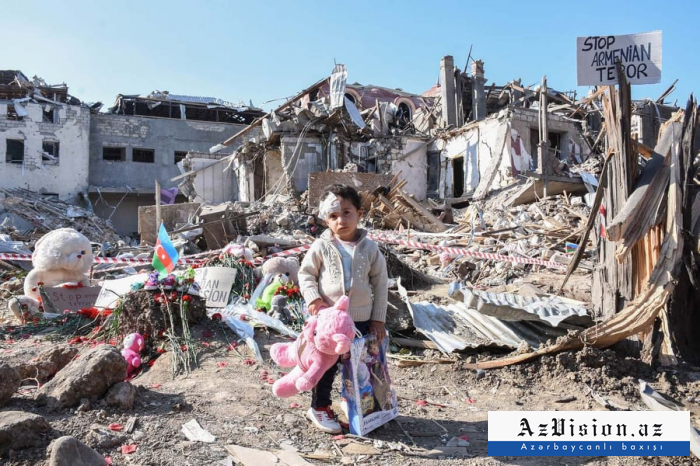 Azerbaijan’s and foreign non-government organizations (NGO) have prepared a report on international crimes committed by Armenia during the Patriotic War (September 27 - November 10, 2020).

The information is reflected in these reports on Armenia's use of weapons and ammunition prohibited by international conventions against civilians and civilian infrastructure in Azerbaijani towns and villages, deliberately killing people living far from the conflict zone, especially women and children, use terrorists and mercenaries in military operations, and involve children in hostilities, and facts about the pressure on the media and the constant suppression of freedom of speech, the destruction and appropriation of material, cultural, religious and natural monuments in the occupied territories, as well as looting of mineral resources, deforestation, deliberate encroachment on water bodies and the region to the brink of environmental disaster.

The report also contains a report “on the Second Karabakh War: reasons, consequences and the crimes committed” of the International Eurasia Press Fund.

This document reflects the assessment of the crimes committed against the civilian population of Azerbaijan, damage level, various opinions and the current situation during the Second Karabakh War.

The report also contains a report on threats and pressure of Armenia and the Armenian lobby on international media outlets and reporters covering the Armenian-Azerbaijani conflict in order to stifle free speech, which was prepared by Journalists Network Public Union.