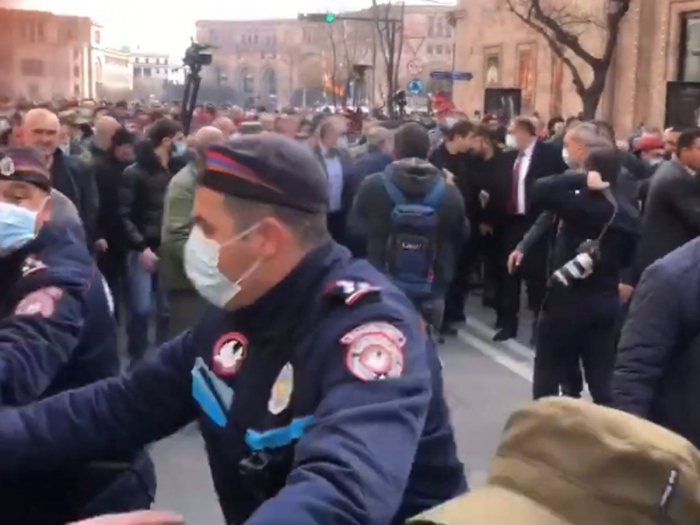 Relatives of those Armenian soldiers who went missing during the Second Karabakh War continue to hold the building of the Armenian Defense Ministry in blockade, AzVision.az reports citing Russian media.

The rally began on the morning of April 8. The relatives of the missing soldiers blocked all entrances and exits from the Ministry of Defense with cars.

Law enforcement officers held negotiations with the protesters, and called on citizens to unblock the ministry’s building. The employees of the ministry were in the building of the ministry and did not leave it for at least 12 hours.