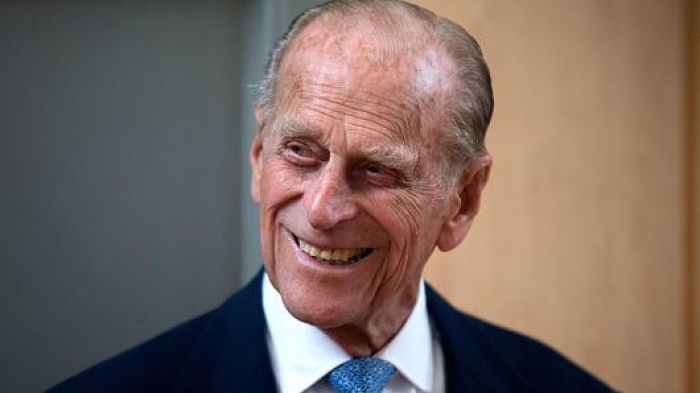 The Duke of Edinburgh, the Queen’s “strength and stay” for 73 years, has died aged 99, AzVision.az reports citing the Guardian.

Flags on landmark buildings in Britain were being lowered to half-mast as a period of mourning was announced.

Prince Philip’s health had been slowly deteriorating for some time. He announced he was stepping down from royal engagements in May 2017, joking that he could no longer stand up. He made a final official public appearance later that year during a Royal Marines parade on the forecourt of Buckingham Palace.

Since then, he was rarely seen in public, spending most of his time on the Queen’s Sandringham estate in Norfolk, though moving to be with her at Windsor Castle during the lockdown periods throughout the Covid-19 pandemic and where the couple quietly celebrated their 73rd wedding anniversary in November 2020. He also celebrated his 99th birthday in lockdown at Windsor Castle.

The duke spent four nights at King Edward VII hospital in London before Christmas 2019 for observation and treatment in relation to a “pre-existing condition”.

Despite having hip surgery in April 2018, he attended the wedding of Prince Harry and Meghan Markle a month later and was seen sitting beside the Queen at a polo match at Windsor Great Park in June. He and the Queen missed Prince Louis of Cambridge’s christening in July 2018, but he was seen attending Crathie Kirk near Balmoral in August, and driving his Land Rover in the surrounding Scottish countryside in September.

Despite living quietly out of the public eye, he made headlines when involved in a car crash in January 2019. Two women needed hospital treatment after he was apparently dazzled by the low sun as he pulled out of a driveway on the Sandringham estate. A nine-month-old baby boy in the other vehicle was unhurt. The Crown Prosecution Service decided it was not in the public interest to prosecute the duke after he later voluntarily surrendered his driving licence.

Born on the island of Corfu, Prince Philip, who once described himself as “a discredited Balkan prince of no particular merit or distinction”, played a key role in the development of the modern monarchy in Britain.

Though never officially given the title of prince consort, he lived a life of relentless royal duty, relinquishing his promising naval career, which some believed could have seen him rise to become First Sea Lord, for a role requiring him to walk several feet behind his wife.