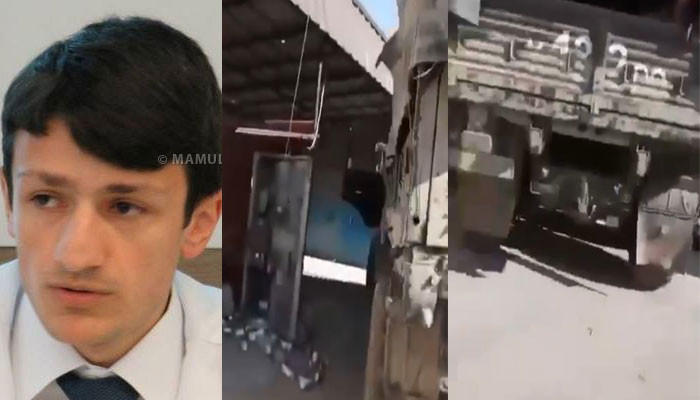 Elbakyan said that the video was recorded during a face-to-face battles in the city.

"The video was recorded in the center of Shusha a few days before the capitulation act. The place in video is near Kazanchi church, "the Armenian political scientist said.