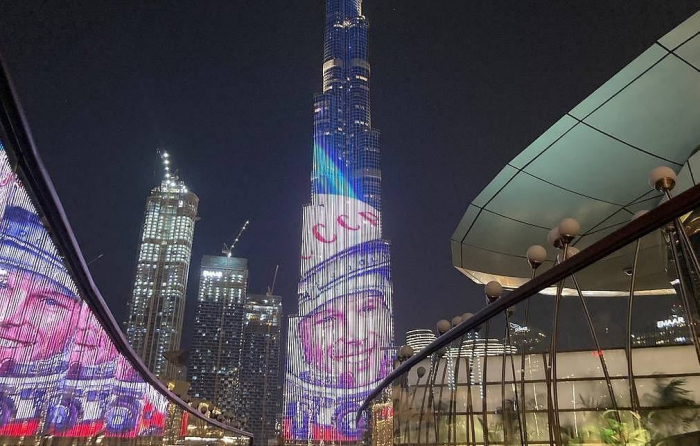 A portrait of Yuri Gagarin, the first human in space, was projected onto the facade of Burj Khalifa in Dubai, the tallest building in the world, TASS reports from the site. The Dubai landmark honored Gagarin’s memory on the occasion of the 60th anniversary of his space flight. The event lasted about three minutes, AzVision.az reports citing TASS.

"We are very grateful to our Arab partners for this great event, for blessed memory of the heroic feat of our illustrious compatriot and for considerate treatment of his feat. It is a clear mark for us that the UAE is seriously committed to bilateral and mutually beneficial cooperation [in space exploration]," representative of Roscosmos, Russian space agency, to the Persian Gulf Anatoly Krasnikov pointed out.

Burj Khalifa was opened in 2010. It is 828 meters tall. It has been the tallest building with the most floors in the world. It has 163 floors.

On April 12, the world celebrates Cosmonautics Day. This year, 2021, marks 60 years since Soviet cosmonaut Yuri Gagarin’s historic spaceflight. Gagarin who was the first man in space circled the Earth once in his Vostok 1 spacecraft and returned safely, landing in the southeastern part of European Russia.