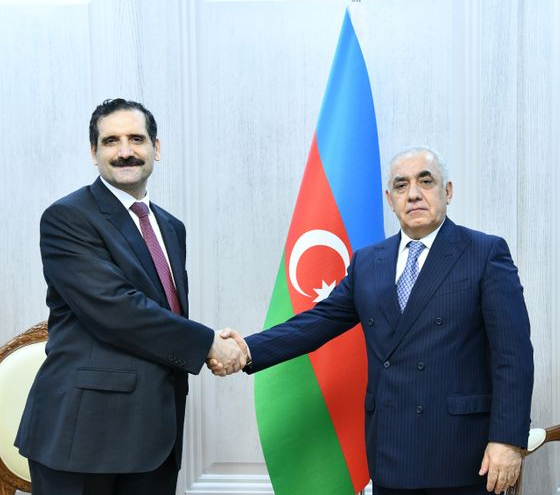 Azerbaijan’s Prime Minister Ali Asadov on Wednesday met with Turkish Ambassador Erkan Ozoral upon the completion of the term of his diplomatic mission in the country, the Cabinet of Ministers told AzVision.az.

The sides expressed satisfaction with the development of fraternal ties between Azerbaijan and Turkey in various fields.

It was stressed that Azerbaijani President Ilham Aliyev highly appreciated the activity of the ambassador in Azerbaijan.

The prime minister wished the Turkish ambassador success in his future activity.