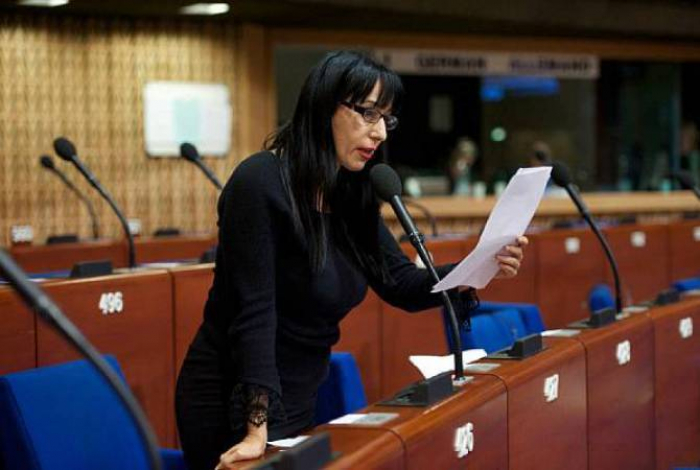 The spring session of the Parliamentary Assembly of the Council of Europe (PACE) has discussed the issue of the so-called "Armenian prisoners of war" in Azerbaijan. Naira Zohrabyan, a member of the Armenian delegation claims that the discussion of this issue was initiated by the main political groups at the PACE, among which "there is a consensus that Azerbaijan grossly violates international law by not returning the Armenian prisoners of war."

Zohrabyan has previously lobbied for the discussion of the topic of “Armenian POWs” at the PACE. During her speeches, Zohrabyan always accused Baku of "anti-Armenian statements", "fascist acts" and others.

Unlike Armenia, which lost its subjectivity in international relations as a result of the 44-day war, Azerbaijan is a self-sufficient state that allows only equal dialogue in relations with the outside world, including various European structures.

If PACE passes an anti-Azerbaijani resolution on the issue of "POWs", Baku will ignore its demands. The official position of Azerbaijan is clear: there are no prisoners of war held by Azerbaijan, and all prisoners of war have already returned to Armenia in accordance with the trilateral agreement signed on November 10, 2020. The Armenian servicemen, who were captured in Azerbaijan were left by Armenia in the territory of our country after the end of hostilities and they committed serious crimes against the Azerbaijani military and civilians. Those people committed crimes in Azerbaijani areas, killing civilians and servicemen. Azerbaijani continues criminal cases about them. These Armenian servicemen are saboteurs and terrorists, and cannot be considered as prisoners of war in accordance with the provisions of the Geneva Convention.

Besides, Zohrabyan who today appeals to "international law" has been repeatedly seen in the vanguard of the policy of Azerbaijanophobia that still reigns in Armenia (by the way, according to recent opinion polls, only 3% of the Armenian population believe that peaceful coexistence of Armenians and Azerbaijanis is possible). An Armenian member of parliament from Prosperous Armenia party has repeatedly threatened Azerbaijan with new territorial seizures and has posed with weapons in her hands. 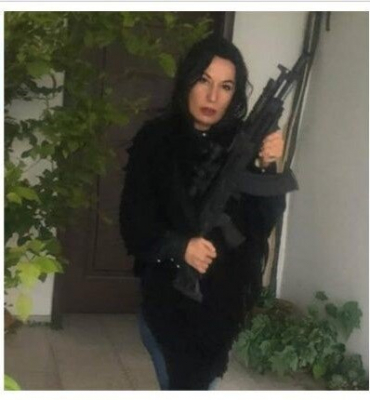 Naira Zohrabyan's reaction to the following words of First Vice-President Mehriban Aliyeva, published almost a year before the start of the 44-day war is very indicative: "Our only dream is to listen to Karabakh shikeste together on the Karabakh land!". Zohrabyan hastily expressed her opinion on this matter: "I challenge the vice-president of Azerbaijan and I am confident that she will definitely not hear mugham in Karabakh, but I promise to hear and listen to Komitas in Baku”. In response to the expressed dream of all Azerbaijanis to return to the occupied Karabakh, Zohrabyan threatened with the capture of Baku, standing in line with the Armenian generals who threatened to "drink tea on the Caspian coast" in case of new war in Karabakh.

As far as is known, history directed otherwise, and the 44-day war, which ended in the defeat of the Armenian army, made significant adjustments to Naira Zohrabyan's rhetoric. Instead of the previous threatening statements, today Zohrabyan talks on international platforms about the calamities of defeated Armenia. Meanwhile, in the days of the war, she called for new war crimes against Azerbaijan. After the liberation of Shusha city by the Azerbaijani Army, the Armenian MP gave an ultimatum to the country’s leadership to launch a missile strike on the Mingachevir reservoir. It was not enough for her that the Armenian military had already distinguished itself during the war with new "feats", by killing the civilian population of Azerbaijan – night rocket bombings of Ganja, deadly strikes on Barda, Tartar and other cities of Azerbaijan.

Zohrabyan confirmed her Nazi views with a statement that if Prime Minister Nikol Pashinyan accepted the offer of Russian President Vladimir Putin and stopped the war on October 19, then Shusha would remain under Armenian control. “In this case, with any guarantee of security, not a single Azerbaijani would return to Shusha, and that’s all,” the deputy noted. The very fact that Zohrabyan is in the PACE, an organization set up to protect human rights, but in no way become a platform for fascists, discredits the entire Council of Europe.

The main discussion of the "Armenian POW" issue will take place on April 20.