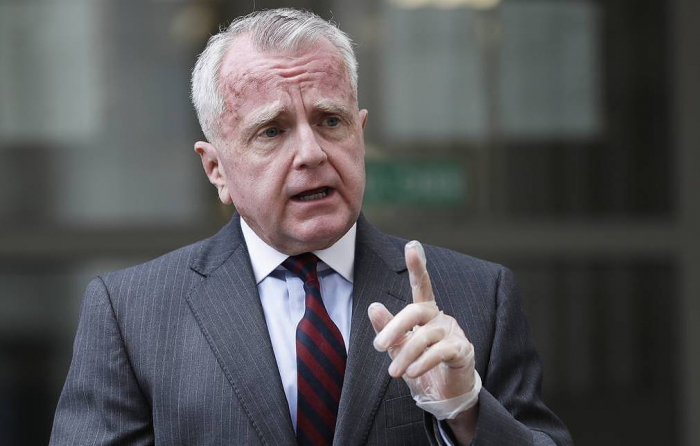 US Ambassador to Russia John Sullivan will go to Washington this week for consultations with the Biden administration and will return to Moscow "in the coming weeks," the Axios portal reported citing a US State Department spokesperson.

"Ambassador Sullivan will be returning to the U.S. this week to visit his family and meet with members of the new administration with whom he has not had a chance to consult since he agreed to continue serving in his post indefinitely," a State Department spokesperson told Axios.

"He will return to Moscow in the coming weeks," the spokesperson noted.

Earlier Axios reported that Sullivan was not planning to leave the country despite Moscow’s advice to go back to Washington for consultations. According to the report, Sullivan's view is that if Moscow wants him to leave, it has to "force" him.

Russian Foreign Minister Sergey Lavrov told a news conference on April 16 that Russian Presidential Aide Yuri Ushakov briefed Sullivan on Russia’s retaliatory measures at their meeting in Moscow. Ushakov advised Sullivan to go back to Washington for consultations. Lavrov noted that Russian Ambassador to the US Anatoly Antonov was continuing his consultations in Moscow.

Russian-US relations deteriorated after US President Joe Biden’s high-profile interview, in which he claimed that the Russian leadership would have to "pay a price" for Moscow’s alleged interference in the US elections and also approved of disparaging remarks about the Russian president. Later Russian Ambassador to the US Anatoly Antonov was invited for consultations in Moscow, where he has been staying since March 21.

US President Joe Biden on April 15 signed an executive order to impose sanctions on Russia. In part, the United States prohibits its companies from acquiring Russian debt liabilities issued by the Central Bank, the National Wealth Fund and the Ministry of Finance. Also, the Department of Commerce imposed sanctions on 16 organizations and 16 individuals, allegedly responsible for Russia’s rumored interference in US elections. Besides, sanctions were introduced against eight individuals and legal entities related to Crimea. Also, the United States is expelling ten diplomats, who are deemed as "representatives of Russian intelligence services."

On April 16, Russia announced tit-for-tat measures. The US ambassador was advised to head to Washington for consultations. Russia asked ten US diplomats to leave Moscow and launched a procedure that stops the practice of hiring citizens of Russia and third countries by the US diplomatic missions in Russia. Apart from that, Russia barred entry for eight incumbent and former US high-ranking officials and figures, who have been involved in devising and pursuing the anti-Russian policy. Among them are the US attorney general, the FBI director, the director of National Intelligence, the Secretary of Homeland Security and the director of the Federal Bureau of Prisons.