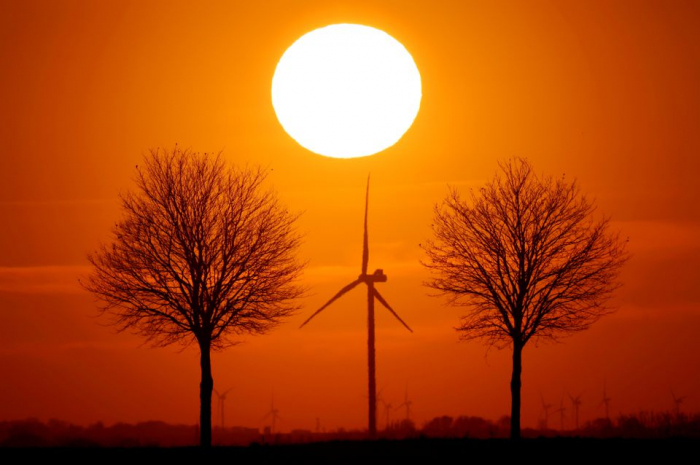 As world leaders prepared to brandish their plans to fight climate change at a U.S.-led summit on Thursday, EU scientists issued a stark reminder that the impacts of a warmer world are already here.

Europe's average annual temperature in 2020 was the highest on record and at least 0.4 degrees Celsius above the next five warmest years -- all of which took place in the last decade, the Copernicus Earth observation service said.

"Temperatures are increasing in all seasons in Europe," said Freja Vamborg, senior scientist at Copernicus.

Copernicus' temperature records go back to 1950. But last year was also Europe's hottest on record when checked against datasets beginning in 1850, it said.

It was the hottest winter on record, at 3.4 degrees Celsius above the average European winter temperature seen during 1981-2020.

It was also Europe's warmest autumn, while summer heatwaves were not as intense or prolonged as in recent years, despite pockets of record-breaking heat in places including Scandinavia and France.

Meanwhile, the Arctic saw a "spectacular year", Vamborg said, pointing to a summer of record-breaking wildfires in Arctic Siberia, which were exacerbated by high temperatures and lower-than-average snow cover.

The average temperature in Arctic Siberia last year broke records by a large margin at 4.3 degrees Celsius above the 1981-2020 average.

Globally, Copernicus Earth said 2020 was one of the world's three hottest years on record, confirming findings released this week by the World Meteorological Organization.