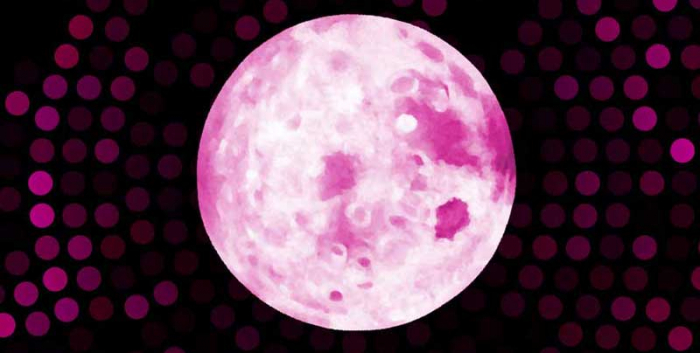 The Pink Moon – the second largest full moon of 2021 – will light up the night sky shortly before midnight on Monday (April 26), according to NASA.

April's supermoon will also be closer to Earth than any of the other full moons this year, apart from one. Only the May 26 full moon will be closer, edging out April's full moon by a grand total of 98 miles (157 kilometers), or about 0.04 percent of the distance from Earth to the moon at its closest, known as perigee, NASA reported.

Other names for April's moon include the Sprouting Grass Moon, the Egg Moon, and from North American coastal tribes, the Fish Moon, named for the shad (Alosa sapidissima) that swim upstream at this time of year to spawn, according to NASA.

Meanwhile, Hindus will celebrate Hanuman Jayanti, which marks the birth of the Hindu god Lord Hanuman. This celebration is usually observed during the Hindu lunar month of Chaitra.

For Buddhists, notably those in Sri Lanka, this is the Bak Poya full moon, a holiday that celebrates the Buddha's visit to Sri Lanka, where he is said to have settled a feud between chiefs, bringing peace to the region.

While you're gazing up at April's full moon, take a moment to look at other bright planets and stars. On Monday, when twilight ends at 8:59 p.m. EDT, Mars will appear at 38 degrees above the western horizon, NASA said.

The bright star Regulus from the constellation Leo will appear closest to directly overhead in the sky, about 63 degrees above the southern horizon. Regulus, which is about 79 light-years away from Earth, is actually one of four stars – two binary star systems orbiting each other – that look like one star, NASA said.

Sirius, the brightest of the stars in the night sky, will appear 16 degrees above the southwestern horizon. It's even closer than Regulus, at 8.6 light-years from Earth, NASA reported.