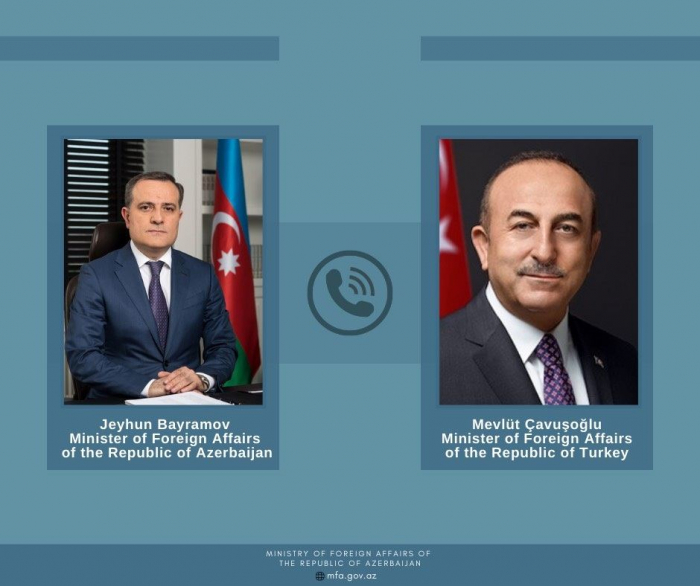 During the phone talk, Bayramov called the attempts of the leaders of some countries to politicize the events of 1915 unacceptable and stressed that the statement of the US president on the so-called "Armenian genocide" was a distortion of historical facts.

Bayramov informed Cavusoglu that while the events of 100 years ago are presented in a distorted form, the inability to give a fair assessment of the genocide committed by Armenia against Azerbaijanis in Khojaly 30 years ago is an example of bias and double standards.

The ministers stressed the inadmissibility of falsifying history and using it for political purposes.

US President Joseph Biden called the events of 1915 in the Ottoman Empire “genocide" in his statement on Apr. 24.