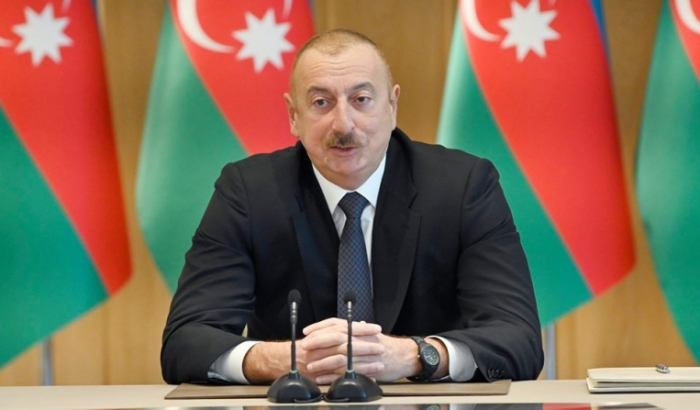 in 1993, the UN Security Council adopted four resolutions demanding the full, immediate and unconditional withdrawal of the Armed Forces of Armenia from all the occupied territories of Azerbaijan, said President Ilham Aliyev in his speech at the 77th meeting of the United Nations Economic and Social Commission for Asia and the Pacific (UNESCAP) adding that these resolutions never implemented by Armenia.

"I invite partner countries to join efforts to propose and elaborate a mechanism for the implementation of the UNSC resolutions in order to avoid double standards", President Aliyev highlighted.

President Aliyev also noted that although some UNSC resolutions are implemented within days, in our case, they remained unfulfilled for 27 years.

"There was no hope that Armenian would comply with the demands of the UNSC resolutions. No pressure and sanctions were imposed on Armenia throughout all these years. Instead, Armenia's military-political leadership was threatening Azerbaijan with a new war for the new territories", Aliyev added.