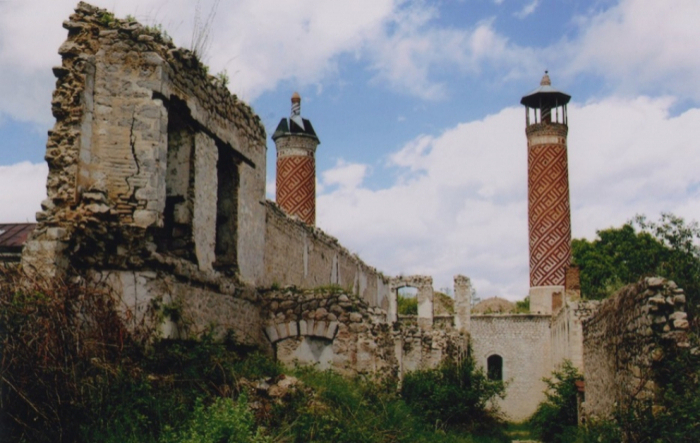 "During the 44-day war, the Armenian armed forces were completely destroyed. Armenia was forced to sign an act of capitulation on November 10, 2020. Thus, the Armenian-Azerbaijani conflict is over. The conflict is history," said President Ilham Aliyev in his speech at the 77th meeting of the United Nations Economic and Social Commission for Asia and the Pacific (UNESCAP) adding that these resolutions never implemented by Armenia.

"Foreign experts name Aghdam city "Hiroshima of the Caucasus." Armenia has deliberately vandalized, insulted and looted our cultural and religious monuments. More than 60 mosques were destroyed by Armenia. Mosques have become places for cows and pigs.

Currently, we have a huge task of restoration of completely destroyed cities and villages, all cultural and religious monuments in the liberated territories. Within the framework of the reconstruction process, we will use the concepts “smart city”, “smart village” and “green energy”. I invite companies from friendly countries to large-scale reconstruction of the territory, which is four times larger than Luxembourg," the head of the state said.