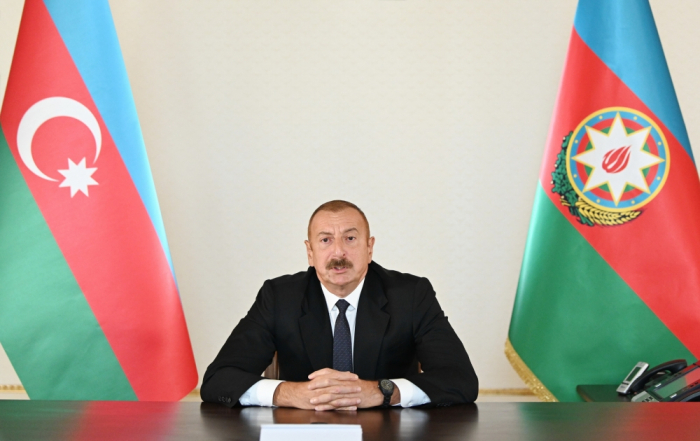 Azerbaijan is eager to maintain sustainable peace and security in the region, President Ilham Aliyev said as he addressed the seventy-seventh session of the United Nations Economic and Social Commission for Asia and the Pacific (ESCAP), which is held under the theme “Building back better from crises through regional cooperation in Asia and the Pacific.”

The head of state recalled that he has recently defined national priorities on socio-economic development for the next ten years.

“Competitive human capital and space for modern innovations, return to the liberated territories, clean environment and "green growth" country were identified as our key priorities,” he said.

President Aliyev stressed that Azerbaijan has made enormous contribution to the launch of regional connectivity projects such as East-West, North-South, North-West transportation corridors.

“We are now working on the realization of “Zangazur transportation corridor”, which will be an integral part of the East-West corridor connecting Asia and Europe through Azerbaijan. This corridor will allow Azerbaijan to strengthen its position as Eurasia’s transport and logistic hub. I invite partner countries from Asia and the Pacific to consider the potential of this regional project,” he added.